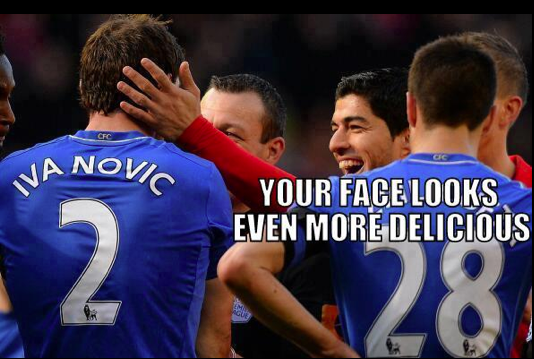 One of the things I always wanted to understand is the reaction we have after what we think is a mistake. This was an area I was weak on.

“An act or judgement that is misguided or wrong”

After making a mistake, it can feel like it’s the end of the world. All that pressure. You can start thinking I’ve failed. And then the million scenarios start. If only I did x instead of y. If only I made that other choice. Why did I listen to other people…etc etc.

Further still is the nuisance of the justification for making the mistake. This is when the brain starts having fun. The ‘post event analysis’ of why the mistake happend.

In January of this year, after trying very hard I was offered a job I thought I would thoroughly enjoy. The people were nice, the location was brilliant and I would be travelling around the world visiting top Companies. It was like a dream. I didn’t enjoy my current role but I was comfortable, I knew how things worked, I was respected, paid well and worked good stable hours in a stable growing business. But I was still up for the challenge! On handing in my resignation, my current employer offered to promote me further to keep me. This changed the weighing scale completely. And after much deliberation and convincing from friends and family (that I would be a fool to change jobs), I decided to stay. And I rejected the new job.

Initially, I was miserable. This then lead to weeks, if not months, of thinking I had made a mistake. I should’ve have taken the other role. What was I thinking! Why did I say no. It was a huge mistake. One that I felt could have completely changed my life.

The first thing I did was turn to blame. This was to blame other people, who had told me not to change. This is natural. It is our minds defence mechanism for justification. Somehow it became their fault.

Think about a big mistake you last made? Career, family, relationships, purchase decisions even! What happened? Who’s fault was it?

After a lot of thinking you may have concluded that it actually was my fault. I was in control. My mind may have been influenced but I made the choice.

Taking responsibility is the first step.

But for me this was worse! It was harder to live with the mistake knowing it was my own fault. That I couldn’t blame anyone else, which was easy.

Now I was miserable because of me. How does that work?

I thought a lot about it (along with other mistakes) but I was on a mission to understand why. What is a mistake and why do they happen?

Rule no1. never blame others or blame yourself. You had an active choice. But that active choice would have been made anyway, even if you turned back time. Pause and understand this. Because at that point, the significance of the mistake was to guide you. It was to grow your soul. We are here to learn. The real mistake is if you fail to take the opportunity to learn.

Through making mistakes you actually get to see inside your soul. Think about it this way. As humans, there are two main parts. Our physical body and our souls (which are being carried around in the physical body so we can operate in this world).

Getting to know our physical body is easy. We can study it through science.

Through making mistakes you learn about your soul. You learn who you are.

The consequences of your actions from your mistake may seem bad at the time, but if you can understand why you made that mistake and what you would do differently, then you have just grown your soul. You have become enlightened (in that area).

I didn’t learn this lesson initially. I learnt that money was not making me happy and did not leave me feeling fulfilled, even after the promotion. So I contacted a Director at the other job. They told me two weeks after I had said no to the role, the company happen to make redundancies. I was shocked and amazed. But my realization took my life in a new direction, one that was seeking fulfillment. I had to stay in my current job, to learn about money and happiness. If I had chosen the other role, I may not have learnt that for a lot longer.

Mistakes are made to teach us a lesson. Focus on the lesson rather than the mistake.

Now with this new found feeling I am looking for roles that provide long term fulfillment.

So mistakes are necessary. Don’t fret or avoid them with fear and therefore not achieving any progress.

Sometimes you even have to keep making the same mistake many times, until you learn the lesson trying to be taught.

For those thinking, it’s ok then to keep making the same mistake again and again. You can. In fact, go for it. Take three or five or even ten attempts to learn the same lesson. But know that our time on this earth is limited. Just like when you fail an exam at school, you can keep repeating the year until you pass. But when are you going to apply that knowledge? Learning about your soul may enable you to help others or help yourself. It can take your life in a new direction. Learn quickly. You are wasting time when you could be learning other things.

My understadning is you have not ‘failed’ if you make a mistake. You only fail if you do not apply what you have learnt from a mistake.

2 thoughts on “We learn from failure, not from success”