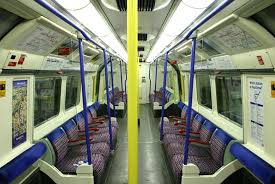 In the face of the unfortunate Charlie Ebdo killings there has been backlash by some ignorant people who have made judgement’s about innocent members of society.

For some reason revenge is something that we as humans seek (even if it is misguided) in the hope that it would give us peace. The formula seems to be, if you get hurt then you can hurt another soul to somehow achieve inner peace. Who taught us this?  Why do we feel like this? Were we born this way? Or were our minds conditioned from a young age, maybe from what we see and hear, to be like this?

Now, I in no way condone the killings in France or elsewhere for that matter. The perpetrators most certainly should be apprehended and clearly such repugnant organisations have no place in society.

The ego will only grow when we witness such Charlie Ebdo style terrorist attacks because your ‘tribe’ has hurt my ‘tribe’ and although some will put strategic plans together to combat such crime there will be others, less educated, who want to take an eye for an eye approach to innocent members of society.

As Gandhi, whose statue went up in London this week, puts it,

“An eye for an eye will make the world blind”.

As a result of the 9/11 attacks, there followed an onslaught on innocent and peaceful communities around the world who were misidentified to fit the profile of a ‘terrorist’.

In the last couple of weeks an innocent Sikh boy on a high school bus was bullied and labelled a terrorist. This is all too common but is somewhat manifest in our society. To see such innocent souls with such misunderstanding and hate was too much to bear. It genuinely hurt me to see how we have taken a blank canvas and corrupted those minds when these are in fact, such pure and beautiful souls that have the potential to change the world for the better.

But who should take responsibility for this failing? What will children learn if they see adults doing the same thing? Let’s not blame the kids.

However, there are lessons we can all learn.

Being a turban wearing Sikh male, I remember an unfortunate incident that happened to me on the London Underground, not long after the attacks on 9/11 in the US.

I was on my way in to the heart of London, from my suburban home with my CV in hand and research notes on my lap, eager to do some last minute revision for a job interview I was going to attend.

Completely oblivious to the rest of the people in my carriage, I sat intensely focused, practicing last minute questions I may potentially be asked.

Having full attention on my notes, I hadn’t noticed but the train had gotten busier as it approached central London.

There was a white, grey haired elderly couple sat across me. Both stared right at me as I looked up. But I was revising an answer to a potential question in my head so as you do, I did not think twice about it.

But as I looked at my notes, a thought did cross my mind “Were they just staring at me?”

Naturally, I was conscious about all the attacks I’d been hearing about post 9/11 on innocent members of society. Unfortunately, turban wearing Sikh men had been particularly targeted by the uneducated few.

So I looked at the couple again, rather sheepishly, half smiling as a sign of peace and comfort, hoping to neutralise any potential conflict.

This time when I looked up, the gentlemen staring at me, said something in the ear of his partner. I could not hear what he said, apart from a couple of words, but made out from his heavy brogue that they were North American.

This happened a few more times and each time they would stare or make some comment to each other.

I was thinking to myself  “no please, not today of all days”, I had an interview and I wanted my energy to stay high and positive just as it was when I left home that unsuspecting day.

I prayed that they would not say any racial slur against me. I even considered moving to another carriage because I had lost total focus at this point on my interview revision. This stress had consumed me.

I looked up at the map of the Piccadilly line and realised I only had three stops to go! “Yes!”, I thought to myself, “I can make it out of here and no one will say anything”. I decided just to keep my head down and hope nothing is said for the next three stops.

One stop passed. I thought “Phew, nothing. We’re at the home stretch. Two more steps to go”. I’m on time and no racial slur has affected my energy (too much).

As the train left for the penultimate stop I could see the couple opposite were fidgeting. “Noooo”. Why are they moving!?

I looked up and they both stared at me with the gentleman now holding the rail above him to balance whilst taking a step towards me. His wife following behind, gathering her handbag . This was their stop. But I knew they were not getting off without saying the uneducated, ignorant truth in their mind.

I thought, “Prabhmeet brace yourself, it’s going to happen”. I could tell from his body language that he was going to say something to me.

He leaned right over holding the rail above me and said straight faced while looking right in to my eyes with his thick American accent “My wife and I were just talking about you, and your turban”.

I thought ok, here we go.

Then he said “And we really admire it. We think it’s beautiful the way you tie it”, and smiled gently, with his wife nodding in agreement and smiling at me whilst holding the rails balancing behind him.

As the train stopped for their stop he turned around, almost like an old friend would and said “Have a nice day” and they both exited the train.

Not with them but with me.

Hearing an elderly American couple that fit the ‘profile’ of a racist I was quick to form a judgement on these wonderful peaceful human beings. Through my belief of victimisation, I had become the racist. Racism had effected me but in a very different way.

A realisation hit me that day.

It bred a completely different form of confidence in me through open mindedness and love. I did not want to be ignorant anymore. I looked at people with love, trust and optimism. I felt liberated, but also educated. Not with the type of education from academia or the news but from education of the soul. That couple showed me what spiritual wisdom looks like.

Recognise all of humanity as one. As is the message of the Sikh Guru’s.

Now when people stare at me, I smile back always remembering this story, safe in the knowledge that we should embrace our individuality and express our true self to the fullest. It would be a grave loss if we didn’t, not only to ourselves, but to all those who are curious, inspired or grateful for the opportunity to learn something new.

Whether with the Charlie Ebdo attacks, or any other terrorist acts, there will always be some people who want to confiscate our humanity. But there are always stories that restore it.

A good friend said to me once “Why does it matter what other people think of you, as long as you know who you are and what you stand for”.

And….as a bonus, I did end up getting the job I was going for.

4 thoughts on “The Effects of Racism”