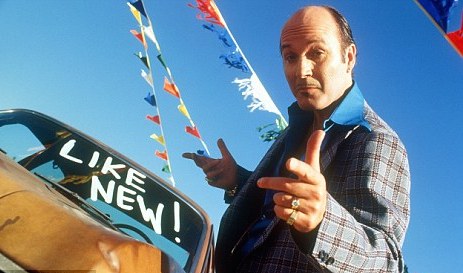 Last week I sold my car by advertising it as a private sale.

Two brothers turned up to view it. They were the first and were clearly very keen having asked for my assurance on many occasions on the phone that I will not sell the car until they came to see it.

In fact, they were so keen that I actually started to question the price I had advertised it for(!).

They kicked the tyres and we took it for a test drive. I knew there were certain things that already required repair. I also knew they probably would not pick up on these points.

If I told them, what if they were no longer interested in purchasing the car? Should I tell them, or wait to be asked? If they suspect the faults I will definitely be honest, that’s not lying right?

Honesty is being free of deceit; truthful and sincere when you are asked.

Transparency is being free of deceit; truthful and sincere before you are asked.

I know honesty can also mean being honest, before you are asked. But have you ever thought just how powerful transparency actually is?

The two brothers ended up buying the car, despite me telling them of the faults. Why?

When I told them about the faults quite openly, I empowered them. They had information they felt they didn’t have and were likely not to have.

When I am honest reactively, I know this builds trust. But leaves people questioning, why did I have to ask? What else do I not know?

The word ‘builds’ by itself implies it is not yet built.

When I am honest proactively i.e. transparent, trust goes a longer way to being built.

The same applies to companies. Some companies were selling Payment Protection Insurance (“PPI”) to customers who had already retired! How can this even make sense! They were sold an insurance product they would never make a claim on. These customers never asked the loan providers the question of whether they needed PPI and so they were sold it, bundled with the monthly repayments of the loan.

If a customer had asked if they needed PPI on their loan, in some cases customers were blatantly lied to. Some other loan providers were honest at that point and did not sell it. But the question had to be asked. Is this honesty?

What if companies were actually transparent? What if they said, hey, we could make money by selling you this product, but you know what, you’re not going to get much value from it so we would rather not. What happens?

What happens is you get trust from your customers, quickly.

In both our work and private lives, we should realise that being transparent is the highest level of honesty.

Which business or individual would not want that?

8 thoughts on “Be honest, are you transparent?”