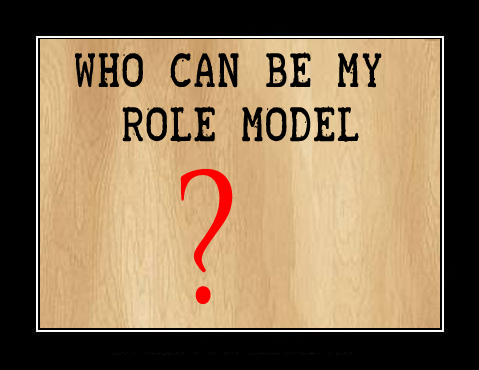 It’s great to see how everyone has big dreams for this year. I am seeing all the new year’s resolutions all over social media. All the self promises, desires, things we want to change. Things we want to accomplish. I am doing it too!

Then every now and again you see that person in whatever field and you think wow. They’re living it.

Take a moment just to think if you could aspire to live a life like someone, who would that person be?

It doesn’t matter what field you are in but you may look up to someone that is important to you. An entrepreneur, a singer, a sports athlete, a humanitarian(!), a poet, or just someone who seems content with their life. A family man or woman.

But you may think, how did they achieve what they have to get to where they are today? And you may want to achieve that too. That’s not a bad thing.

To change bad habits we must first study the habits of successful role models.

The key point here is the habits. This will make more sense as I share my story.

We may aspire to do what they do, to be ‘like’ them. We feel inspired. They become somewhat our role models.

It took me a long time until I was in my 20’s to realise just how mis-understood and dangerous this could be.

How do you select who your role model is?

At that time, my uncle who is a close relative frequently visited us from America. He had gone to study in Texas. He ended up being a an energy trader at Enron and worked his way up (I should point out, he was one of the ‘good’ traders). After Enron’s demise he worked in a hedge fund. I remember at 19 I googled his name and many articles came up saying how he is a rising star, interviews with big newspapers and trading magazines. Dinner with the President. He was still in his early 30’s and I was very impressed. He was very well respected. But he was still very humble.

So I worked hard and achieved top grades. I set my route to be a trader. I applied to the top investment banks to get in to a trading type role. As I researched for interviews I had no real interest in equity or bond trading patterns. It didn’t excite me. But I wanted the life of my role model. The people I met didn’t make me feel comfortable. I felt like I was forcing this dream. My heart was never in it and naturally I did not get a role in Trading. I had failed.

Having a role model is good for inspiration. But not aspiration to have a life like them.

A true role model will teach you to have love and respect for yourself. To ensure that you achieve what you have been created for.

I am not a role model. Just because I dunk a basketball does not mean I should raise your kids – Charles Barkley.

Additionally, no one role model, even for inspiration, will be able to give you all the aspects that make you and your life. You can have the same career as someone else, sure, but you are made up of so much more.

People will not remember what you try and teach them. But they will remember who you are as a person.

I am my own role model. Was the conclusion that I reached.

I realised it is good to look at the habits of role models but not to get confused with trying to recreate their life. Happiness will only come when you break down expectations of living a life like someone else. Create your own path.

Achieve the things that you value. Things that make you comfortable. That excite you!

Make many mistakes along the way. That’s what a really inspirational role model does.

Starting today, realise that you are your own role model. When you realise this….sky’s the limit.

11 thoughts on “Who is your Role Model?”